Accidents happen. And if you’ve ever seen an aftermath of a road accident, you know how messy it can become. From metal to plastic debris, to oil and fluid spills, it is not a pretty sight. Unfortunately, in big cities where constant commuting is essential, this is almost a common occurrence. Take a look below:

This photo of a car crash at an intersection in Surrey was recently published in Peace Arch News. Normally, incidents with considerable damage such as this could lead to a lengthy amount of cleanup time. And when they do happen, it is up to the first responders to make sure that not only is the problem dealt with thoroughly but also cautiously for all who are involved.

This is where the City of Surrey has made remarkable progress. In its efforts to uphold the commitment to safety in the community and environment, the city has transitioned to the use of eco-friendly products that not only would aid in rapid cleanup response but also minimize environmental impact and health risk. Oil and liquid spills can be part of the mess and these elements pose as hazards if not removed completely. Whereas others have used common absorbents such as diatomaceous earth (which may contain suspected carcinogens such as silica) or peat moss (which is organic but destroys natural habitat), the responders trust GoCo Zorb 100% Organic Super Absorbent to do the job. It is made from coconut coir (a natural byproduct and renewable resource), making it biodegradable, safe, non-toxic, non-carcinogenic and non-abrasive. Most importantly, it absorbs common spills in a matter of seconds and holds up to 9x its weight. Talk about better cleaning power with less waste!

With GoCo Zorb, the City of Surrey responders make sure that the roads are clear of hazardous liquid spills in no time. Fast action is key, especially in major roads, highways and intersections, so that traffic can flow normally as quickly as possible. By using an organic and natural absorbent like GoCo Zorb, cleanups are not only more efficient but also guaranteed safer.

And if you’re wondering, yes, it is that brown stuff on the ground in the picture. Did you see?

Accidents do happen, but active preparedness is indeed the best way to keep disruptions at a minimum.  Kudos to the City of Surrey for being proactive in emergency preparedness by using earth-friendly products that we sure can trust!

Are you prepared, too? Try GoCo Zorb. 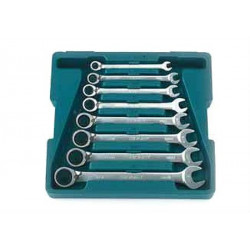 Latest from the blog

On Vancouver Island, the City of Langford is the latest to join the “road” to cleaner,...
Read more

Accidents happen. And if you’ve ever seen an aftermath of a road accident, you know how...
Read more